The boy of 18 Mila Street

The toddler clutched the large breadcrust tightly in his hand, as he crawled down the stone steps into the yard. No one noticed him. No voice shouted, Come Inside! Some twenty metres away he saw the nodding heads of the chickens, their keen eyes searching for corns. The little boy rose to his shaky legs.

He could scarcely believe his luck. No one stopped him!

How the Bush was Saved 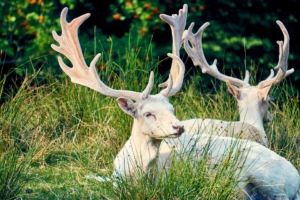 It took some time before Zelda was given a name. If she had been told about it, it would scarcely have surprised her. On the contrary, she might even have wondered that she had received a name at all.

It was the custom of her people that the father walked alone into the bush with the newborn. There the ancestral spirits would whisper something about the child. Would it be bright, obedient, self-willed or whatever? As soon as he was certain, the father would return and announce the child’s name.

Zelda‘s progenitor never touched her. He entered the hut in the evening after the women had seen to both mother and child as usual. Shaken, he stopped at the threshold. Steppen back. Frowned, then cast another glance at the sleeping mother and child. He felt his heart contract, uttered a curse, then turned to melt into the darkness of the nearby bush.