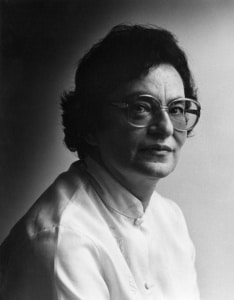 I would appreciate learning more about how you are so driven to write.

I write because I enjoy it. That mainly applies to the novels. Once I was retired and had time to read history, which has always been one of my interests – recently I read about the Bronze age and heard a lecture online that in 1177 there was an economic collapse, which the prof delivering it, compared to today’s crisis. A fascinating analogy.

What is your daily writing routine? How many hours a day do you write?

When I went to live with Alex and his small family, I suddenly had more time than before, living as we do on an isolated smallholding. I no longer shopped, cooked or – due to my walking ability meanwhile being restricted to the help of a rollator – cleaned the house. So I wrote some 7 hours daily and also had time to read as always.

Why do you speak at schools given your age?  Why are young people so important to you?

When I first visited German schools in the 70s and 80s, I realised that despite the Federal Republic’s “Erinnerung Kultur”, culture of remembrance, which meant the Nazi era was taught, very little was said about Jewish history or Judaism.

For instance, I was once asked “when did your parents come to Germany”, which showed the long history of Jews in German lands was not understood.

And of course even less is known about Jews in the former Tsarist territories.  Poland was a principal centre of Jewish culture thanks to a long period of statutory religious tolerance and social autonomy until the 18th century and the Partition of Poland. From the start of the Kingdom of Poland 1025 until the Polish Lithuanian Commonwealth in the 16thcentury Poland had become a refuge for Jews, so that it was estimated ¾ of Jews globally lived in Poland, which was often referred to during this time as a Jewish paradise.

Why is age not a barrier? Will you/should you retire?

There are few survivors of my generation left in 2020. A recent letter from the Berlin Carl von Ossietzky school stated that meeting someone as ancient as me who can talk of the 30s makes a greater impact than a history book. So I feel somehow I ought to do this while I still can.

How does this link back to the theme of fighting intolerance in all its forms?

I always link my childhood during the Nazi era with my shock at South Africa’s racist society when we arrived there in 1936, which was then entrenched legally through apartheid from 1948.

I often say that no one is born with prejudices, so it is possible to learn to shed these.

What do you think about writing for FaceBook writing and blogs, which are new mediums for you?

The new technology has created a new way of communicating. It is certainly a way to empower many to listen and to express themselves. And thus to reach the young. I am rising to the challenge.

How does your aging link back to your parents and grandparents? What did they do well and that informs your approach? What can we readers learn from your attitude towards aging and never stopping the fight against intolerance.

My parents gave us love. That is a good start in life. So was living with my religious grandparents for almost three years, with my grandfather becoming a great role model for me. In South Africa I was aware that my father disapproved of the racism of our neighbours. Thus he once bemoaned an incident after  a break-in in his shop, when a man brought an African he insisted was the culprit, though he had only picked up, a man he happened to have come across during the curfew that applied to Africans at night­. The following day my father refused to bring charges against the man. I knew that my father, like the majority of refugees, was too intimidated to speak up.

Ruth, your autobiography, A Path Through Hard Grass tells more about your life. What should young readers and aspiring writers learn about fighting intolerance from reading your life story?

I hope that they young people will accept two points, firstly that all human beings have equal rights as all are equal , which this leads automatically to accepting that to live in harmony with each other, intolerance and rejection/exclusion of foreigners is unacceptable.

The second point is that no nation has a special leaning towards antisemitism, anti-Islam, anti-foreigners attitudes. Intolerance can develop anywhere and must be resisted. There is no We and They, only We.