Some personalities make news even after death. Usually not good news.

Take Robert Mugabe (1924-2019), who ruled Zimbabwe like a dictator soon after his election as Prime Minister in 1980, turning himself into President in 1987, to be removed only after an army coup in 2017.

Recently the ‘Zimbabwean Independent’ reported that apart from other sources, the former President and his family had enriched themselves through diamond and ivory smuggling, at a time Zimbabwe suffered from ivory poaching. The Mugabes, Robert and spouse Grace, had been seen as involved in smuggling ivory to China, when their courier was caught due to a mistake at the airport. The man concerned is today a security guard for Grace. The latter had also been denounced by Zimparks managers for approving ivory exports without due process.

As for diamonds which were discovered in 2006, it seems likely that Mugabe had a stake in Chiadzwa diamonds in Eastern Zimbabwe through two companies, Gemgrade Mining Company (GMC), a diamond cutting and processing company. The Gemtrade contact was probably transacted through the head of the revenue authority as suggested by a document that has surfaced.

Confidence Mining, an investment company based in Mazowe, where Mugabe’s main business interests are based, applied for a partnership with Zimbabwe Mining Development Corporation (ZMDC) in 2013, describing itself as wholly Zimbabwean owned, with resources to begin immediate exploration in Marange. The company is also involved in the Mugabe venture in gold mining in the Mazowe area. 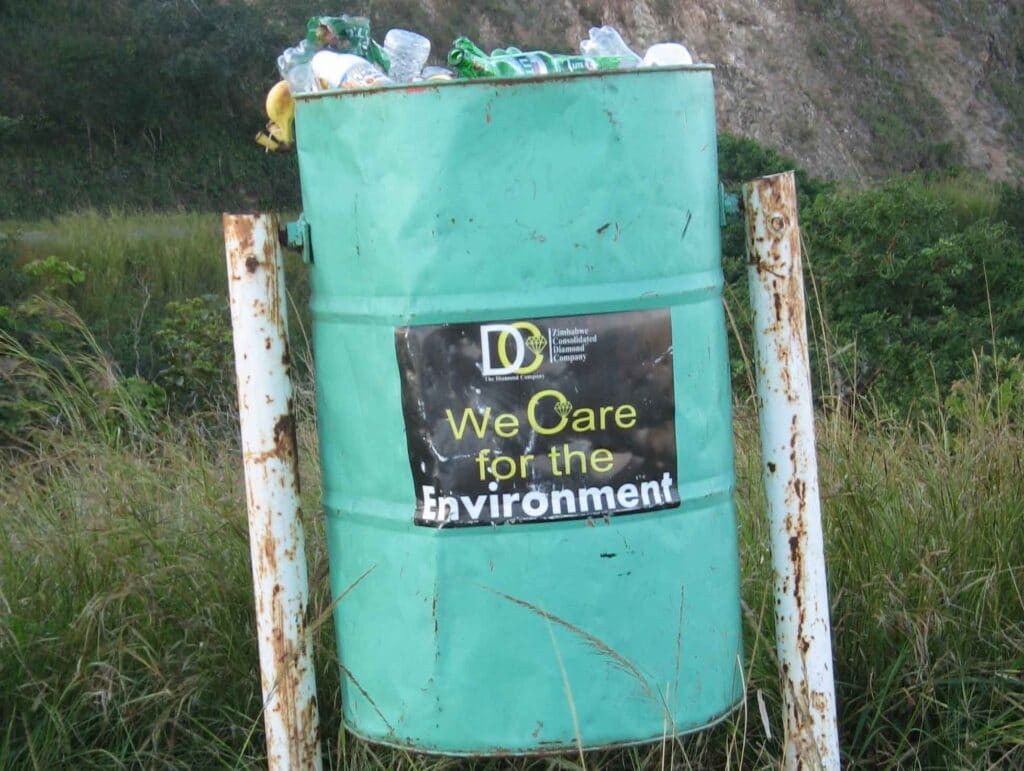 ZCDC sponsored garbage can not far from Marange: Whom the profit? Photo: R.Schäfer / RWG

This makes Mugabe’s diamond saga even more curious than it was, when in 2016 he accused mining companies of having robbed revenue of $15 billion, an incredible and impossible figure dismissed by experts. He had followed this up by evicting seven companies and replacing them with Zimbabwe Consolidated Diamond Corporation (ZCDC).

What was curious, was that these companies had shielded the interest of the political, military, security services and civil service elites. Their shareholding, activities and accounts were undisclosed. However, in the course of time, such international bodies as the watchdog Global Witness and others revealed:

The Chinese company Anjin, believed to have links with the Chinese military, had been licensed in 2010 as a partnership between Anhui Foreign Economic Construction Corporation (AFECC) holding 50%, the Zimbabwe army 40% through a company named Matte Bronze and the government 10%.

The feared Central Intelligence Office (CIO) subsequently disclosed its 50% share in Kusena Diamonds, which then merged with ZMDC. It seems that 40% of Kusena is held by The National Reconstruction Group (NRG), a front for the ruling party ZANU PF. This meanwhile merged with ZCDC.

Mbada held 25% shares, with the ownership of the rest unknown, It was suspected that Diamond Consolidated Corporation (DMC) which had been engaged in the black market was involved. Mugabe’s former pilot had been linked with Mbada.

In 2019, Anjin was allowed to return under President Emmerson Mnangagwa, very likely at the request of the Chinese. The giant Russian diamond company Alrosa was also set to mine in Marange.

The majority of Zimbabweans have benefitted little. According to the Kimberley Process Zimbabwe exported over US$2.5 billion in diamonds since 2010, but only around $300 million can be seen in available public accounts. 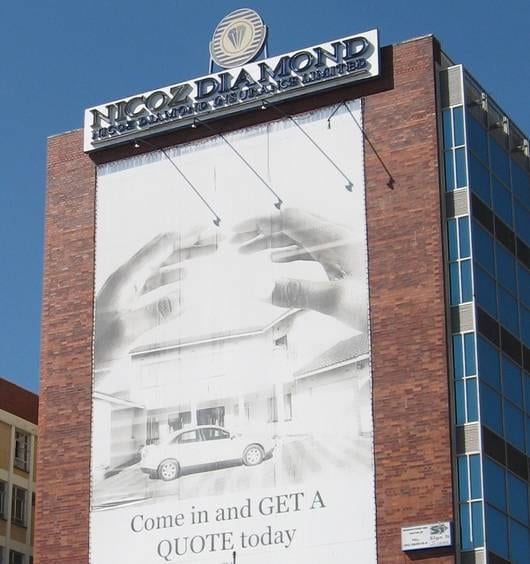 All this poses the question why Mrs. M. still owns 16 farms, the doctor’s hat her late husband bestowed on her and has recently been granted huge widow’s benefits such as a luxury car, house and many other perks.

Predators on the state of Zimbabwe
Scroll to top